OK, today we are going to write a “Pyramid Poem.” This is quite simple, if you follow the rules ~ it’s one of those “parts of speech” poems, (great for classroom teachers and homeschoolers). It has some repetition in it, which is part of its charm. It’s a fun one where each line builds off of the previous line as certain words are intentionally carried over.

When all is said and done – if you center the words (which I realize you can’t do in the comment section here or on a FB post) – but when you save it for yourself or post it on your own blog, center the words so the poem is in the shape of a pyramid. It’s a fun little poem . . . so let’s begin:

Here is the format ~ one word for part of speech indicated on each line BUT THE CATCH IS ~ once you have selected a word for NOUN – that same word needs to be used EVERY time a NOUN is called for in the poem, same for the adjective you choose and so forth. Syllable counts, word counts and rhyming are not specific or a requirement, although some may occur, BUT using the same word for a particular part of speech IS a requirement.

Here is the pattern:

Now, if you are not up to speed on all the parts of speech – be sure to read the review that pertains to the following example (I’ll post it right after the poem):

I found an easy-to-follow example online at www.scholastic.com/ but no author credit was given: 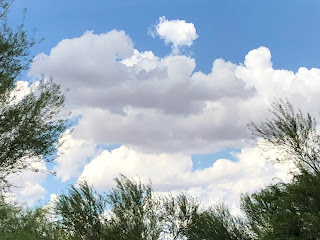 And if you need more info on prepositions and prepositional phrases – you will need to just do an Internet search and get some help on it. Cheers!!

And here’s an example I wrote a few years ago:

And here’s one I wrote this morning after NOT being able to prepare this post last night before I went to bed! The Internet locked me out and wouldn’t reset until a few hours later. Dang!!

Also, if you choose to post your poems on your own blog ~ that’s awesome. But PLEASE don’t just copy and paste my daily instructions, but rather post your poem on your blog or your FB wall or wherever AND LINK BACK TO THIS BLOG POST for others to come here to read the instructions. I’ve spent considerable time researching the poetry forms and writing them up to share with you. Thanks for respecting my work.

Posted by Stephanie Abney at 7:06 AM

I tried 2 slightly different forms I found on the internet.

Here's mine--at least I hope it's my pyramid poem:
https://murph4slaw.blogspot.com/2021/04/caught-up-kind-of.html