Well, my poetic friends, looks like we have come to the end of "National Poetry Month." Kind of feels sad, doesn't it? I hope you have had fun and will continue to write poetry – do some searches for various types of poems. The list is endless (a little hyperbole for ya’).

I thought for the last day (although I may be on a roll and continue to do poetry posts for a while (although NOT every day – phew!!) ~ Anyway, the Questad Poem is a poem that brings it all together – many of the things we have learned or practiced this month are contained in this unique and somewhat uncommon poetry form. I have included a chart with details created by Carolyn Osborne, a teacher.

Have fun – my poem for this form is just below the chart. ENJOY!!

NO idea why that one title header - example - is purple - go figure.

Anyway, I got the above chart from: Poetry Alternatives (and if you go there – it will pull up a 22 page doc that has lots of poetry forms and instructions) – for your continued poetry writing pleasure. 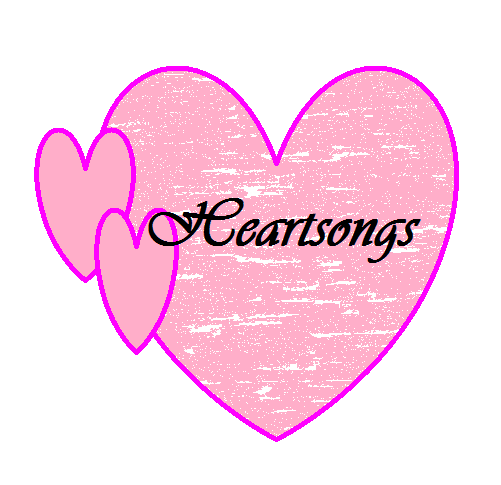 Poems,
Heartsongs made visible,
Rising from the depths of my soul,
Pretty, poised parcels of perfection,
Pitter-patter through my mind.
Poems are microscopic slides of slices of my life,
Dancing through my days like a prima ballerina,
Revealing my authentic self; raw, vulnerable and honest.

It's been a GREAT month - thanks for participating!!

Posted by Stephanie Abney at 9:42 AM 5 comments:


I really, really, really love the word “hyperbole.” I just like the way it sounds. And when used in poetry, it can be the cause of more fun than a life-long pass to Disneyland. (THAT was a hyperbole, by the way).

Hyperbole Poems are written in overstated, figurative language. They are full of very large exaggerations, often used for emphasis. A hyperbole is a figure of speech and a type of irony that uses extreme exaggeration for emphasis or to make a point. [Irony: the use of words to express something other than and especially the opposite of the literal meaning]. Such statements are exaggerations, but are not metaphors.

Obviously, such statements are not intended to be taken literally: “I’ve been waiting for an eternity for you to get here.”

Another case in point: “Hyperbole is the greatest thing in the history of the entire world!!!”

“She has a bazillion books.”

The 18th century poet, Robert Burns, used hyperbole in his poem, “A Red, Red Rose.” In the poem he exaggerates about the degree of love he feels for his beloved. He says that he’ll love his “bonnie lass” until the seas go dry, the sun melts rocks, and the sands of life come to an end.

Here’s a great example in an excerpt (1st verse) of a hyperbole poem, “I Ate a Spicy Pepper” by Kenn Nesbitt – who has an excellent site for teaching poetry to kids (or anyone else, for that matter).

I ate a spicy pepper
From my brother on a dare.
The pepper caught my head on fire
And burned off all my hair.

It goes on with more examples of hyperbole – such as

My mouth erupted lava
And my tongue began to melt.
My ears were shooting jets of steam.
.... 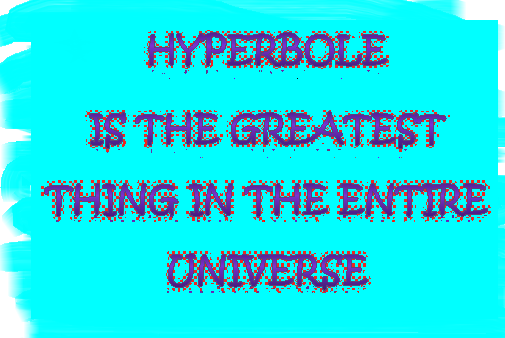 Well, you get the idea ~ there really are no special rules as to rhyme or rhythm with a hyperbole poem. You are the ruler of the world … of your poem, that is. (Threw in a little hyperbole for ya’).

Here’s a crazy little 4-line example from me. What do the rest of you out there have to offer?

The little girl said she had a dog as big as a cow.
I thought that was odd and I asked her how.
She said the dog ate as much as a horse.
Well, I thought, that explains things, of course.

Posted by Stephanie Abney at 8:12 AM 4 comments:

Fill in the blanks any way you want – changing the words you can create dozens of poems. (Be sure to see the link to a poem creation site for this style).*


Have fun!!
HERE ARE MY EXAMPLES - for what they're worth :)

At first I was planning to write new ones for this year, but the day is getting away from me and I need to post this. Besides, these (from a few years ago) are not half-bad. I’m anxious to see what you come up with though!! Cheers!!

The first one is silly:

What if I danced in the rain?
I might get a little bit wet.


What if I sang at the top of my lungs?
I could land a singing contract, I bet.

What if I went back inside and sat down?
I would never know what I might do.

I wonder, would you be so bold, if it were you?


This one is more serious: 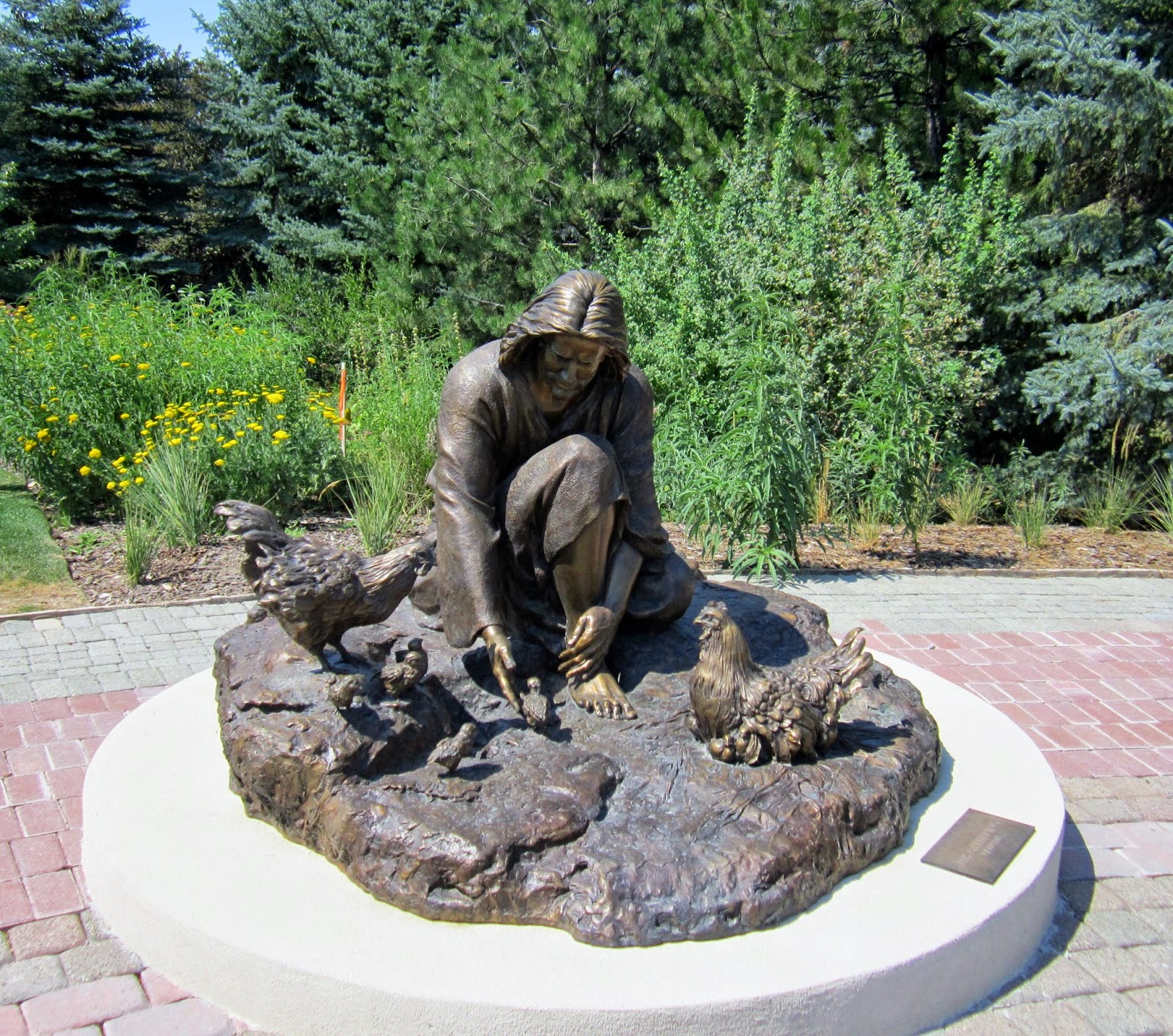 What if I listened very carefully to the spirit?
I might be surprised at what I hear.

What if the Lord has plans I'm not ready for?
I could try to pretend I didn't hear Him.

What if I listened and obeyed?
I would be more use to His children.