This form of Japanese poetry has been called, “The Grandmother of Haiku.” This is one of the oldest forms of poetry. It originated in Japan during the 7th century. Unlike the Haiku, which tends to focus on nature, these poems allow for emotional expression and were often written by both men and women as private messages to their lovers.

A “Tanka” poem is an unrhymed Japanese poem consisting of five lines ~ although, it’s kind of like some crazy “run-on” sentence as only the first word of the first line is capitalized and the period goes at the end of the very last word of the last line, with no need for commas along the way.

Be sure to COUNT OUT your syllables so you get it right. J

(A Tanka poem doesn’t really need a title; up to you)

Here are a couple of examples:

TRUE STORY - WE MET IN A COLLEGE SNOWBALL FIGHT!!!

Little did I know
More than fifty years ago
Playing in the snow
Splat! A snowball hit my head
And found its way to my heart.
© 2021 Stephanie Abney 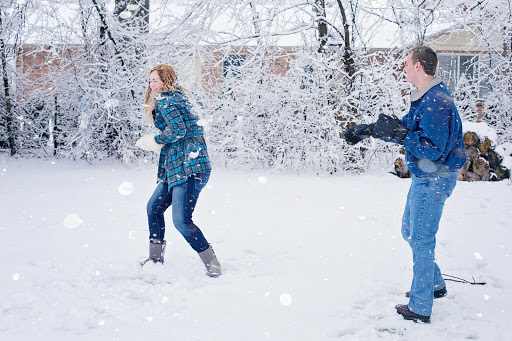 I look around me
Surrounded by family
I know I am blessed
Could anything be better
Than having a grandchild’s love?
© 2014 Stephanie Abney

Also, if you choose to post your poems on your own blog ~ that’s awesome. But PLEASE don’t just copy and paste my daily instructions, but rather post your poem on your blog or your FB wall or wherever AND LINK BACK TO THIS BLOG POST for others to come here to read the instructions. I’ve spent considerable time researching the poetry forms and writing them up to share with you. Thanks for respecting my work.

Image by Jill Wellington from Pixabay

Posted by Stephanie Abney at 12:02 AM

Here are my Sunday poems:
https://murph4slaw.blogspot.com/2021/04/national-poetry-month-day-25-tanka-poem.html

Thanks for a greatt read